Curriculum Vitae - Cover Sheet...? Welcome to Dreamland. A program dedicated to an examination of areas of the human experience not easily nor neatly... put in a box! Things seen at the edge of vision, awakening a part of the mind as yet not mapped and yet things every bit as real as the air we breathe, but don't see. This is Dreamland.

The cat in the photo is geriatric. I'm holding her by her scruff, wrapped in the towel in preparation to administer medication without being clawed to pieces in the process, not to be cruel.

I'm a nerd. As such, I prefer women who are at least relatively nerdy as well.

I'm not a particularly sociable person; I don't like to go to the club or to parties or hang out with a lot of people. I prefer smaller, more intimate social gatherings.

I very rarely drink and when I do, I never drink to excess. I do not use any sort of drugs. This is not out of any sort of high-minded moral principle but rather a personal preference.

I am a smoker, though I would like to quit. I drink coffee, though I generally brew my own, so I don't spend a lot of time in coffehouses... and I generally prefer it that way.

Though I am politically liberal, I would not be averse to dating a conservative woman. To tell the truth, I don't talk about politics much under any circumstances.

I'm a cynic and a pragmatist. If I rain on your parade, rest assured that it isn't intentional or out of any sense of malice. It's simply the way I'm wired.

The expression claiming that the use of profanity exhibits a lack of vocabulary is provably ----ing untrue.

While I make the occasional self-effacing joke, my sense of humor tends more toward banter and the absurd.

FIND Other Singles In
Alabama 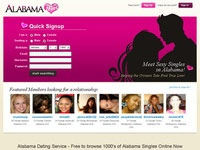 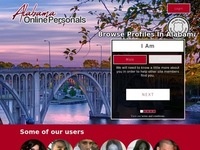