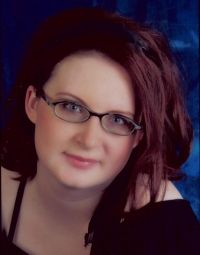 This is kind of a hard section to write about since I'm not sure who I am yet. I am on a mission of self discovery and I know that there are a few people in my life, I'm beginning to think of them as the fantastic five, that I don't know what I would do if I didn't have them. I have two ÃƒÂ¢Ã¢Â‚Â¬Ã…Â“kidsÃƒÂ¢Ã¢Â‚Â¬Ã‚Â Jak Jak and Terra they are my dogs. Jak Jak is a Jack Russel/Corgi mix and Terra is a Brendal Pitt mix and they are the most loving sensitive dogs I have ever had, and I have had quite a few pets. They are spoiled rotten like any dogs belonging to a 25 year old woman with no children and get almost everything they want. I am an avid reader by far my favorite writer of all time without question is Jean M Auel and her EarthÃƒÂ¢Ã¢Â‚Â¬Ã¢Â„Â¢s Children series. I also love the writings by Dean Koontz, John Grisham, Older writings from Stephen King. Basically anything that is a mystery, sci-fi, adventure, or law book IÃƒÂ¢Ã¢Â‚Â¬Ã¢Â„Â¢ll read. I also love fantasy anything from Harry Potter (I hated the Movies) to Lord of the Rings. I also love to watch television and IÃƒÂ¢Ã¢Â‚Â¬Ã¢Â„Â¢m an avid anime fan I collect different series such as Inuyasha, Read or Die, and Lain. I watch a lot of Law and Order, CSI, HellÃƒÂ¢Ã¢Â‚Â¬Ã¢Â„Â¢s Kitchen, RamseyÃƒÂ¢Ã¢Â‚Â¬Ã¢Â„Â¢s Kitchen NightmareÃƒÂ¢Ã¢Â‚Â¬Ã¢Â„Â¢s, Bones, and Chuck as well as a few other shows. I also watch a lot of Movies my favorite by far is HowlÃƒÂ¢Ã¢Â‚Â¬Ã¢Â„Â¢s Moving Castle I love anything by Miyazaki. I also like pretty much any type of move except horror there isnÃƒÂ¢Ã¢Â‚Â¬Ã¢Â„Â¢t enough story there for my tastes and I always Cry whenever there is a horse in a move. No idea why I just do. Spirit of the Cimmeron is a a beautiful example of me crying for over the entire length of the movie. I also am an avid gamer I used to play World of Warcraft since open beta on the Horde and have been playing Eve-Online for the past year and a half. I also play a lot of PS2, I love Disguia, XBOX360 and Wii console stuff. I also have a DS that can generally always be found on my person. I am learni

FIND Other Singles In
Oklahoma 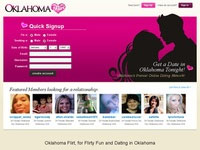 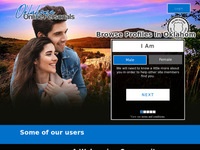