Practically oozing nerd liquid or whatever.

Practically oozing nerd liquid or whatever. First off, allow me to say, that I will never you for the One ring. I think thats a good start, no strangling. Alright, moving on! My geekiness is a bit over the Geiger counter. I ooze the stuff, for realies. I can dig anything from anime to Warhammer 40k. I love the battle between the Imperium and Chaos. Mm mm, more blood for the blood god! But thats enough about various Gods and the bodily fluids I collect for them. Most of the time I can be found reading or staring into the distance day dreaming. Still on the knight fighting dragons phase. It's okay though, I can still be smexy. I am an IT guy with emphasis in the network field, but I can build anything ever AND I read manuals. So none of that "guys don't need directions" stuff! I do compy stuff so I could go to school for cultural anthropology and get my teacher's license. I'm a giver, really. I love music and I can listen to everything from metal to not metal! Which is a wide range when you listen to metal just for reference. Also, I mean righteous metal such as Judas Priest, Megadeth, and pretty much anything from Europe. For some reason I just rather dislike today's music. Well not allll of it obviously, but the lines are blurred between metal and rock, and not in that good way. Any music is good music. I like reading. I thoroughly enjoy lore from both our world and plenty of others. Sort of how I got through the Silmarillion, though that made me bleed pain among other things. That book is the only way I can guarantee a lobotomy without sharp objects. I should also mention that I thoroughly enjoy the hitchhiker's guide to the galaxy, it is a fantastic read. Especially chapter 2 of So Long and Thanks for All the Fish. I am always wracked by sentimentality, in large part because I demand to live in a context rich with emotional meaning. I'm a little of a hermit these days, but I still retain a portion of my sociability but, hey, maybe you like that, freak. It's okay, I won

FIND Other Singles In
Colorado 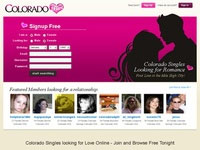 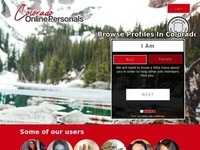