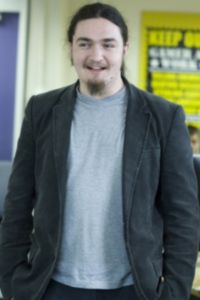 KRON has no messages.

game nerd Looking For Girl Big built, long haired, bearded FPS, RPG RTS, TBS gamer. I have an odd sense of humour and when I'm not induldging in a politics/games/monkey/food based rant I can be pretty focused and to the point. I'm studying game developement at TVU in London. I like the usuals: anime, metal, electronica, trance, gaming(obviously), tinkering with hardware, films, all things Terry Prattchet,bowling, swimming (haven't done it in over a year), fast food and slow days. I studied art and while I supposedly have enough ability to pass what I'm more interested in is character work, action sequences even comics as a creative medium rather than traditional art. It's kind of why I stuck with games. Someday I will be a games developer even if I have to start my own crappy budget company to do it! Other slightly crazy ambitions include global dominat... but I'll probably settle for the gaming thing. I don't know what I'm looking for to be honest, could be casual or serious. I like to get to know people hang out discuss.... anything (apart from cars or sports). I'm pretty bad at the whole social networking scene I prefer hanging out with friends or blasting them into small craters (to this end I have started a multitude of blogs that have gotten old dusty and died) p.s. Also I may be pure evil but I've not recieved the results yet .

As for what i'm looking for, I honestly don't know at this point, I have had a few messy breakups, so I don't know if I want something casual or serious. All I know is that whatever happens gaming is a pretty big thing for me so I guess I would want someone who can share in that. I suppose a good/odd sense of humour is vital. I tend to like arty women and red-heads(seriously not a requirement just putting it out there). 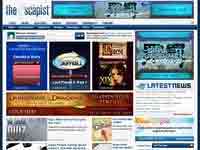