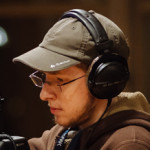 THEEYE has no messages.

Tech, Movie and TV Enthusiast, Gamer, Filmmaker Have you ever wondered whether an apple that you turn into plasma counts as apple juice or a liquid apple? If yes, then we have something in common

From a storytelling point of view, it would be hilarious to include a scene in a feature involving this absurd scenario. The movie and TV nerd in me who loves science fiction would like to see someone doing that for comedic purposes and the gamer just wants to pull that stunt off in Garry's Mod. As you now can already tell, I am a nerd looking for someone special to share my interests with. I like to watch and deeply discuss motion pictures, TV shows and games, as well as any other kind of artful narrative or visually pleasing art. Some of my favourites include Star Trek TNG, 2001 and the Half-Life Series. In gaming, I prefer titles that almost work like a present day equivalent to a holographic novel. In addition to that, I enjoy classic games on retro hardware (which I also happen to collect casually). Other than that, I do write technical articles for a living and I love everything about filmmaking including doing it myself if time allows me to. If you are interested, feel free to contact me

Click here to view all of theeye's video games

FIND Other Singles In
Germany